Hosted at Walsh Middle School and with opening remarks from Framingham Superintendent Dr. Tremblay - Framingham Schools are seeking spots at the World Championships

This event will determine which five teams will represent the region at the VEX Robotics World Championships this April in Louisville, KY. The World Championship is the world’s largest robotics event and will include 750 other middle and high school teams from more than 50 countries.

The 48 teams will compete in qualifying rounds to establish performance rankings and will be evaluated by judges on their engineering design process, build quality, as well as their performance on and off the field.

The 4-6 member teams have been designing, building, programming, and testing their robots ever since the game was revealed last April. As part of the Framingham Public Schools after school program, students meet multiple times a week to work on their robot. Teams can also bring the robots home to perfect their build and programming. 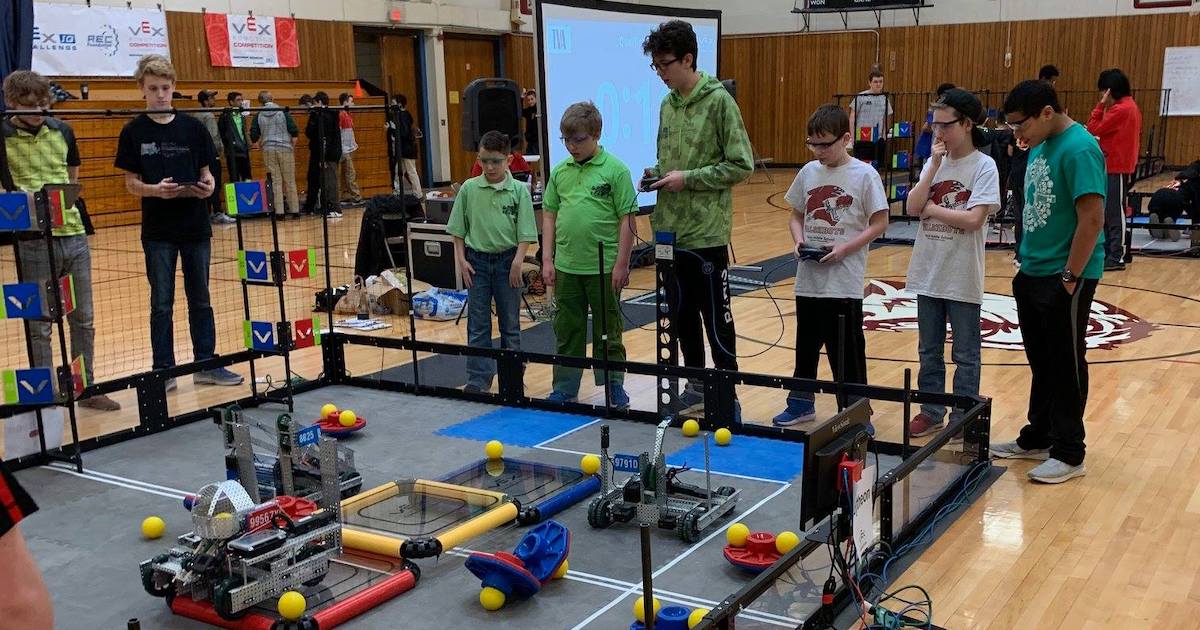 VEX Robotics Competition Turning Point is played on a 12’x12’ square field configured as seen above. Two (2) Alliances – one (1) “red” and one (1) “blue” – composed of two (2) teams each, compete in matches consisting of a fifteen (15) second Autonomous Period followed by one minute and forty-five seconds (1:45) of Driver Controlled Period.

The object of the game is to attain a higher score than the opposing Alliance by High Scoring or Low Scoring Caps, Toggling Flags, and by Alliance Parking or Center Parking Robots on the Platforms.

Event information: More information on the event and directions can be found on the Robot Events website.

The event is open to the public and there is no admission fee.