Mrs. Banach has served as a teacher, guidance counselor, guidance director, assistant principal and principal in both public and parochial school districts.  Mrs. Banach earned her Master's Degree and Bachelor's Degree from Assumption College. She is committed to innovative college and career pathways having started both Hospitality and Tourism Management and Banking and Business Management learning pathways with several community partners while Principal of Milford High School.  In April 2019, Framingham High School received the Early College High School Designation from the Massachusetts Department of Higher Education to create intentional college and career pathways for students who are underrepresented in college admission.  Mrs. Banach has also conducted field research in collaboration with the Better Homes Foundation, Harvard Medical School, and the University of Massachusetts Medical Center for a study on the effects of families who are homeless or living in subsidized housing and the academic achievement of students.  This study was published in the Journal of School Psychology/Predictors of Academic Achievement among Homeless and Low-Income Housed Children. Mrs. Banach was a speaker at the 2019 National Association of Secondary Schools Principal’s conference in Boston.  She presented on using the College Board AP Potential platform to increase equity and access to Advanced Placement courses.

Mr. McGillivray previously worked for GTE Government Systems Corp in the Mobile Subscriber Equipment Division as a marketing analyst for business development.  He also worked for Genuity Inc. as a marketing manager and product marketing manager for next generation VoIP services.
As an educator, Mr. McGillivray worked at Milford High School for 13 years where he taught mathematics and started a lacrosse program prior to becoming an Assistant Principal.
Mr. McGillivray earned his bachelor's degree from Tufts University and earned his master's degree from Cambridge College.  He enjoys spending time with his wife and son and the occasional round of golf with his brothers 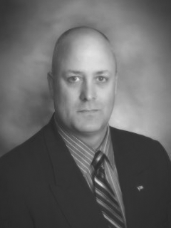 Mr. Albright was born and raised on Nantucket Island.  Growing up in such a small town truly influenced his values and highlighted the importance of communication and connecting with the community.  This connection is something he feels is essential in a large and diverse town like Framingham.

Prior to coming to work at Framingham High School, he was a mathematics teacher and subsequently a Housemaster at Newton South High School.  He has a master's degree from the University of Massachusetts - Boston, where he is now an adjunct lecturer.  When not working, he enjoys nothing more than spending time with his wife and two children. 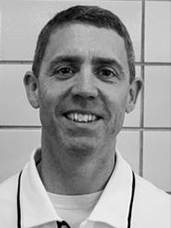 Mr. Lagan has spent the majority of his education career in Framingham, starting out as an ESL and bilingual history teacher, and then becoming the History Department chair for 7 years. Prior to his time here at FHS he learned how to speak Spanish by living and teaching in Cali, Colombia where he still likes to travel when time permits.

He received his undergraduate degree in history and economics from St. Michael’s College and his masters from Teachers College Columbia University. He enjoys playing sports and spending time with his family.

Mr. Kanavich was previously the director of the Career Development Program and Academic Development Center at Framingham High School and a science teacher for 13 years prior to that.  He was the varsity wrestling coach at FHS for 19 seasons until his retirement in 2018.

Mr. Kanavich received his undergraduate degree in Biology from Western New England University, and holds Masters Degrees from the University of Massachusetts Boston and Endicott College.  Outside of school, he enjoys an active lifestyle and spending time with his wife and two sons Logan and Connor. 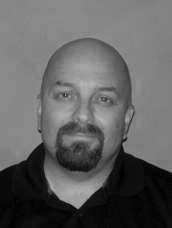 Mr. Convery was born and raised in Framingham. He comes from a family of educators who have worked in the Framingham school system since 1953.   He has a strong connection to the community and sees his ties to Framingham as a tremendous asset to his work at the school.

Mr. Convery enjoys spending time with his family and is a New England sports fan. 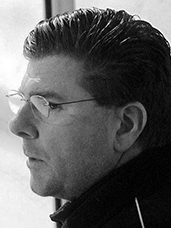 Mr. Spear grew up in Framingham playing youth sports and hockey at every level from Framingham Youth Hockey to Marian High School, where he was team captain in 1988, to a stint with the Framingham State College team.

Mr. Spear has been employed by Framingham Public Schools since 2005.  In his time at Framingham High School he has served as the In House Suspension Officer, Special Education Teacher, Work Study Coordinator, and Director of Framingham High School's peer tutoring program in the Academic Development Center. In June of 2016 Mr. Spear accepted the role of Interim Athletic Director and was subsequently appointed to the permanent role in April of 2017.